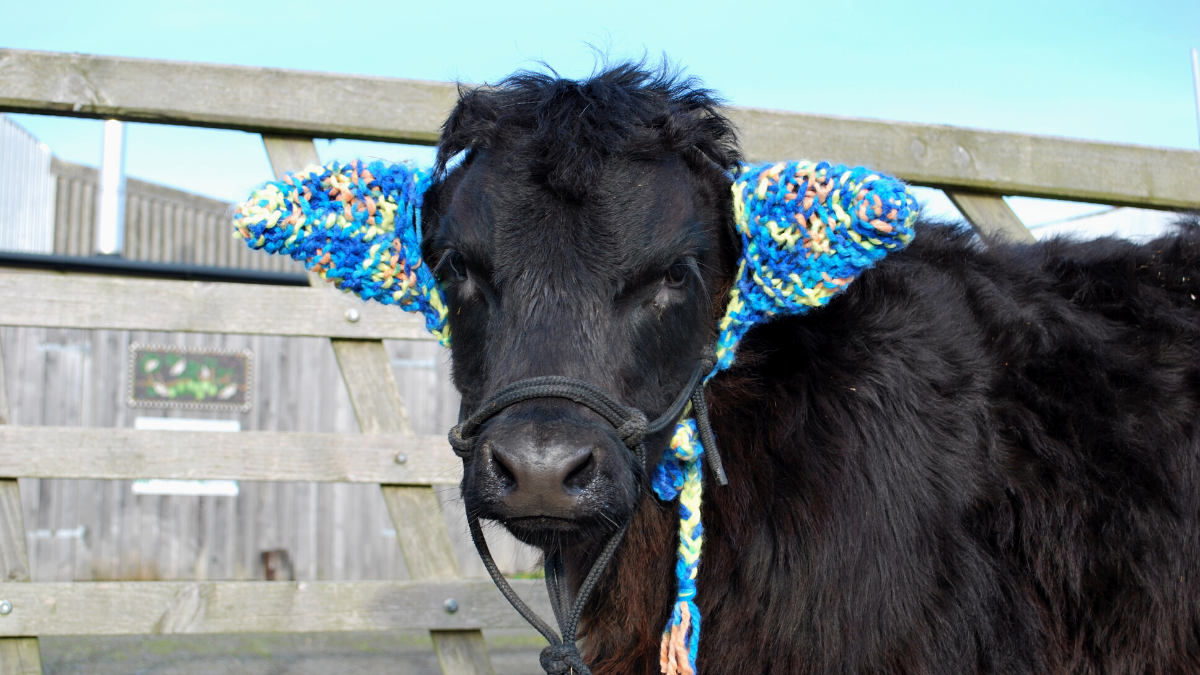 This is Barney – our little miracle calf. His mum Annie gave birth to twin calves in September and left Barney in a hedge to die as she knew that she only had enough milk for one calf. We found Barney 24 hours later, weak and terrified as he had not had any antibody-rich colostrum from his mum. Usually, if a calf has not had colostrum for this long after birth they will die. 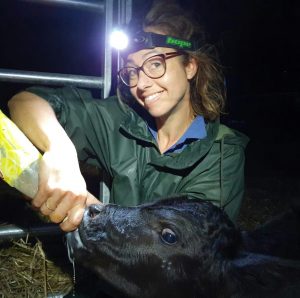 We shared Barney’s story on social media using the #unlovedcalf and he became a local celebrity overnight, with the community getting behind him and wishing him well. Followers soon suggested we change his hashtag to #muchlovedcalf and so we gave Barney his own Instagram profile and Facebook account @muchlovedcalf!

We began to bottle feed Barney, but he caught pneumonia and almost died on us time after time as he had no immunity for the first few weeks of life. After three weeks and a lot of hard work, bruises and sleepless nights, his mum Annie accepted him and he began to get stronger.

However, 12 year-old Annie only has enough milk for one calf, so we now bottle feed Barney and his brother Noah twice a day and they live in the barn for the winter with their mum, aunties Beatrice and Eugenie and cousins Harry and Brenda. Bug Farm guests can come and say hello when they visit. 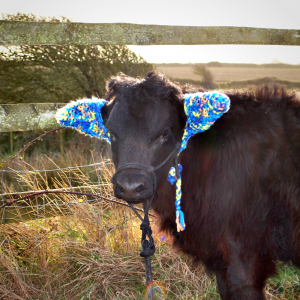 However, as the weather got colder and Barney was recovering form one of his illnesses (severe tummy upset), we wanted to keep him cosy and warm, so his friend Katy at Big Momma’s Knits made him his own pair of hand-knitted ‘Moo Muffs’. Barney loves wearing his Moo Muffs, but his brother Noah likes to eat them!

Barney and Noah will live with us here for their whole lives as our friends and we look forward to sharing their adventures with the world to help people learn more about farm life and just how extraordinary cows are. For now though, Barney, Noah and their cousin Brenda are enjoying their very first Christmas as THE most pampered calves in the world! 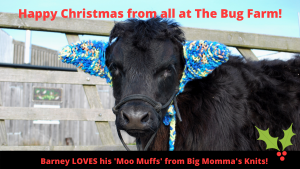